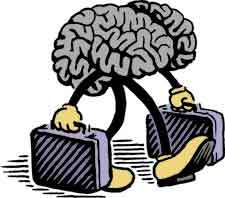 Up until the 1960's everyone worked most Saturdays -- 6 days a week, Sunday's off was the norm. Vacations were 2 weeks per year, usually in the summer and they were always a drive away. However, you always got off at 5pm, left your work at work, and a "commute" was NOT the norm., and your lovely wife had the house and kids in tiptop shape. Both weeknights and weekends were about getting together with the neighbors/friends, going to town events, picnics and kid functions. We never felt like we had to "get away" as much. With today's high inflation, both parents working, commutes, and hectic schedules -- I'd wan't a vacation too, and not necessarily from work.
Posted by Stuart at 1:44 PM 3 comments:

UKIP will privatise all services and scrap PCTs and SHA replacing them with elected boards. Scary stuff, thankfully they won't get into power! Not sure about their concept of democracy either. This is the quote from the Health Service Journal:

The draft health manifesto, seen exclusively by HSJ, says PCTs and SHAs would be replaced with elected county health boards made up of health professionals. They would tender all services through franchise agreements, which private companies, charities, cooperatives and legally recognised organisations could bid for, but all state owned assets would be retained. Patients who wished to opt out of the NHS would be given “health credit vouchers” to spend on a private healthcare plan.

The voucher thinggumy is bizarre too. If the services are privatised why would a voucher to go private be of use?

Of course, as everyone knows the private sector is expensive, unaccountable and inefficient. Let's hope people will understand the damage UKIP could do to our national treasure!

Posted by Stuart at 4:48 AM No comments:

NHS market reforms are not linked with better care

This headline is in this week's Health Service Journal:

Research by the think tank Civitas looked at more than 150 published studies of market reforms introduced to the NHS both under a Conservative government in the 1990s and under the present Labour government since 2002.

Analysis concluded that although waiting times have shortened, and patient access and provider efficiency have improved, much of this can be attributed to greater funding and the use of targets, rather than the introduction of the purchaser/provider split.

Of course the Greens have been saying this for years, health care is a service not a commodity...

Time to the purchaser / provider split!

Posted by Stuart at 8:59 AM No comments:

Should nurse pledge the allegiance to compassion?

Yesterday's announcement by the Prime Minister's Commission on the Future of Nursing and Midwifery which calls for nurses and midwives to "renew their pledge to society to provide compassionate care" is patronising, insulting and inappropriate. The pledge is designed to restore public trust in the NHS, but as the public are very aware it is the over emphasis on targets, finance and privatisation which is destroying public trust. Last week's Mid Staffordshire report highlighted a lack of governance at board level far more than a lack of desire to care by nurses.
Nurses and midwives do not need to renew a pledge to society, they need to be allowed to do the job they were trained to do. This means ensuring that there are enough of them to cope with the increasing demands in hospitals and in communities - something that Labour have failed to do.
Calling for nurses to pledge compassion will alienate many committed and hard working staff. Nurses understand the value of care and people trust nurses to deliver care compassionately. People do not trust the over emphasis on targets, they are losing trust in managers' ability to provide adequate support and they do not trust Labour's drive to commercialise the NHS.
If the NHS is to restore trust in its service, it needs to provide assurance that public and staff concerns are listened to at the highest levels - and that they are acted on. It also needs to kick the increasing commercialisation and treat health care as a service not a commodity.

Greens to launch dental health policy for the general election

On Monday 1 March the Green Party will launch a dental health policy which the Greens believe will enjoy widespread public support and boost the party’s hopes of a general election breakthrough.
The Greens are committed to the founding principles of the NHS – including free dental healthcare, which they say could be provided for an extra £1.8 billion a year.
A party spokesperson said today, “£1.8 billion a year is a trifling sum for a huge improvement in Britain’s dental health service. Everyone who wants one should have access to an NHS dentist, and we must end the scandal of British children in the twenty-first century suffering the pain and misery that come with poor teeth.”
The Greens dismiss water fluoridation as a “cheap, tacky, sticking plaster solution with side-effects.” They say that “mass medication of doubtful efficacy and potential side-effects is no substitute for a proper dental healthcare strategy. We need to be teaching new parents how to look after their toddlers’ teeth, and teaching young children from nursery onwards all about how to look after their own teeth properly.
“And in addition, we need everyone to have access to the right professional support, which means guaranteeing free access to an NHS dentist for everyone who wants it.”
A summary of the new briefing to be launched on Monday is below. Full copies of the briefing, and advance copies of the Green Party’s full 2010 general election briefing on health, are available from the press office, 020 7561 0282, press@greenparty.org.uk.
Summary of:
Fair, free and effective: Green Party proposals for the dental health service
1. Currently, only half the UK population is provided with free dental healthcare. NHS dentistry charges are a regressive tax: they hit the poor hardest and prevent many from accessing dental care.
2. Access to dentists should not depend on where you live. But getting access to an NHS dentist is difficult and there is wide variation across the country:
·         Most areas have around 55 dentists per 100,000 people. But some have as few as 25, while others have over 100.
3. Less than half of the UK adult population and only around two thirds of children are visiting NHS dentists. The percentage of children who have visited NHS dentists within the previous 24 months has fallen in recent years – a worrying sign.
5. Some areas have opted for the addition of fluoridation chemicals to tap water in a bid improve dental health. The Green Party says:
·         The use of fluoridated water to improve dental health is not a viable solution – it’s more like “sticking plaster with side effects”.
·         Any (slight) benefit from fluoride in drinking water has to be weighed against the increased risk of osteosarcoma and dental fluorosis.
·         Mass medication may breach the European Convention on Human Rights and Biomedicine – it’s unethical to medicate people without their consent.
·         The use of fluoridation demonstrates a failure to tackle the underlying problems of dental health provision.
6. The Green Party wants:
·         Free basic dental care available to all.
·         Everyone to have access to an NHS dentist if they want one.
·         An end to fluoridation of our tap water.
·         A comprehensive dental health strategy including proper education for children and their parents.
7. Assuming that some people will wish to remain private, to provide free dental care to 75% of the population would only cost the NHS an extra £1.8 billion a year.

Fantastic news just in, the vast majority of amendments to our health policy were passed and we now have a brand new policy to go into the general election with. Thank you to everyone who helped pull this together over the last nine months and who helped get it through on the conference floor.

We have kept our principled stand against the privatisation and marketisation of the NHS and strengthened the role of clinicians, experts and patients in how the NHS is run.

We have gone for a far more evidence based approach to health care, making sure it is the experts that decide which treatments are cost effective for which conditions rather than politicians. We have strengthened the framework for protecting the public with wider regulation to ensure all medicines are safe and all health care practitioners are regulated.

We have got a new model for primary care to prevent the continued privatisation of GP surgeries and to place them into democratic public / patient ownership. This is radical stuff and sets us far apart from the other privatising parties, i.e. Lib Dems, Tories and Labour.

A strong committment to dignity and compassion plus real support for the benefits of breast feeding. Dental care not mass medication by fluoride.

Posted by Stuart at 6:19 AM No comments:

If you're in to horror movies then the Conservative Draft Health Manisfesto should be right up your street.

Particular snippets include:
Does anyone actually remember the NHS under the Tories???

Stuart
I have a beautiful wife Dawn and equally beautiful daughter, Poppy. I am a qualified nurse and a keen interest in the politics of health care. I am deeply committed to Green politics and have a keen interested in the spiritual side of philospohy.